Are you comfortably at home reading this? If not, join me in this thought exercise, and if you are, I would like you to do something really quick. Get up, go to the kitchen, and take a long look in your refrigerator. Chances are good that there is at least one container holding the remains of a meal you had earlier, a tasty meal that just so happened to be a bit larger than your appetite was at the time.  When it’s time to eat you might be tempted to overlook these leftovers in favor of cooking up something fresh, but when you stop and think about it, there’s really no reason not to finish off your leftovers.

Cooking a meal from scratch can take an hour, more if you’re creating a large meal, but heating up leftovers is a quick couple minutes, and then you’re chowing down on hot food you know you enjoy. Cleaning up after a freshly cooked meal often takes as much time as cooking it, but when leftovers are concerned, a dozen dirty dishes and utensils turns into a handful. On top of that, less leftovers in the fridge means more space! (More space for leftovers?)

To put some numbers to it, a 2014 USDA study found that Americans above the age of 18 on average spent about 37 minutes on “meal prep”, which they define as everything related to eating a meal besides the actual eating part (preparing a meal, serving it, and cleaning up afterwards). This figure is a bit off since in the majority of surveyed households women were reported as the “usual meal preparer”, and the average adult woman spent around 50 minutes performing meal prep. Working with the 50 minute meal prep figure we can see the obvious time investment benefit when it comes to reheating leftovers, which only takes a few minutes, depending on how much you’re reheating and what it is.

Only coming from a time spent point of view it’s easy to see that cooking a little extra, or saving a little extra to reheat and eat later can save time and effort in the long run, but let us look at this from a couple different angles as well.

peaking of saving, leftovers can help cut down on travelling food costs dramatically. We’re all busy people, and often in some sort of rush to get somewhere or do something, which severely limits the time and opportunity we have when it comes to meal options. Of course many people turn to fast food when in this situation, it being a cheap, easy, and quick solution to a grumbling stomach, and with so many different options wherever you go. We all are aware of the problems with fast food when it comes to nutrition, but most of us see it as a trade-off for low cost and high convenience and are content with our purchases for this reason.

This may not be the most objective way to look at our relationship with fast food, however. The ‘low’ cost of most fast food items is offset not just by the lack of nutrition, but by the actual cost of getting to the establishment itself. Fast food restaurants, though they are conveniently placed along major streets to be “on the way” to/from most errands, still consume extra gas getting to, especially if you decide to use the drive thru, or have to visit multiple establishments for one reason or another. You might console yourself with how cheap fast food is; surely when a meal is only a few dollars, it must be cheaper than shopping for new ingredients to cook with every day, I know I have definitely had this thought a number of times before.

This 2017 Bureau of Labor Statistics report gives us an interesting set of figures to think on, regarding the costs of cooking at home versus dining out. The table on page 9 of the report shows the dollar and percentage change in average annual spending on major categories per income level nationwide, in the 2014-2015 period. The average amount spent on ‘food away from home’ rose across the board (as high as 10% for some groups), while the average spent on ‘food at home’ rose as well for most groups, but to a much smaller degree (1% instead of 10%). Two groups did spend less on average for ‘food at home’, the lowest income quintile (0-20%) and the 3rd income quintile (40-60%) managed to drop their expenditure by 0.3% and 6.1%, respectively. This shows that currently, even when the overall price of food rises, the more cost-effective option by far is cooking at home.

saving the environment by cutting waste:

Another thing we can help save by eating our leftovers is the environment. You might stop and say “Wait, isn’t that the entire point of this blog?” and you would be right about that, but I would say that the former 2 examples, time and money, are appeals to humans dealing with entirely human concepts almost completely decoupled from nature. Starting now, I would like to appeal to humans as animal kin to the rest of the life we share the planet with, and the primary movers and manipulators of nutrients through cycles that nature is supposed to maintain.

We humans love our food. It’s a primal need every form of life seeks to fulfill, gaining enough energy to sustain and grow, but humans have gone to ridiculous extents to reach the point we are now, where we produce so much food that the U.S. alone threw away roughly 133 billion pounds (lbs) of food material just in 2010 (all those poor neglected leftovers…). Human society is inundated with food, it’s so abundant in everyday society that we take its presence for granted, and don’t often think critically about the time, energy, and resources that are put into every consumable item we surround ourselves with, and so we think little about throwing away those items if we perceive any problem with them.

I know for a fact I am guilty of this; my current job is at a grocery store, and it is essentially corporate policy to waste perfectly good food for reasons like damaged packaging. Throwing away raw meat for improper wrapping is a health concern and reasonable but throwing away canned vegetables because the can is dented is simply wasteful. There isn’t a whole lot we can personally do about retail waste, but a little thing like eating your leftovers instead of throwing them out can cut down on your individual waste in a meaningful way.

The food waste that the U.S. generates each year mostly ends up in landfills or incinerators, with only 6.3% of waste from 2017 being used for composting instead, and the EPA estimates that around 22% of solid municipal waste (what’s gathered from our houses each trash pickup day) is entirely food.

That food waste (food waste defined here as food that is fit for human consumption, but discarded) has been taken out of the nutrient cycle, being left to decompose en masse in landfills or burned, but the carbon and nitrogen containing gasses this produces can easily escape into the atmosphere. Many of these compounds act as Green House Gasses (GHG) and contribute to worsening the effects of climate change. Methane (CH4) is the most common GHG to be produced in landfills and is 25 times more potent than the commonly thought of culprit, carbon dioxide (CO2). This results in the ‘end of life’ stage of the national food supply chain to be the 2nd largest contributor to the overall carbon footprint of U.S. food waste. Though it isn’t the largest overall contributor, GHG output is measured in kilograms of CO2 universally, or the equivalent amount of another GHG (For instance, since 1kg CH4 = 25kg CO2, each kg of methane produced is represented as 25kg of CO2 for report purposes)

Now that we know this, we can effectively understand what articles and reports mean when they say things like “U.S. and Europe produce approximately 700 to 900 kg CO2 eq. per capita and per year”.  This also lets us know that when ‘end of life’ product phase produces about 200 billion kilograms CO2 per year, that’s still mostly Methane being

Looking at the other end of the same issue; the fact that all that wasted food is being left to degrade and produce GHGs in landfills means that it’s unable to give the nutrients contained within back to the land and life cycle, where they’re supposed to go. There is a finite amount of usable resources that our food needs to grow, and that the food of our food needs to grow. Taking food waste out of its normal life cycle to be left in a lined and enclosed landfill is depleting the quantity of nutrients left in the soil without replacing them. Humans certainly try our best to make up for this using industrially produced fertilizers, and while they do largely make up for the nutrient deficit and allow us to continue farming land that should have been exhausted long ago, they create a whole slew of other problems with soil health and runoff pollution.

change what you can and spread the word:

Don’t be disheartened by all this, the other point of this blog, and the associated book, is that every little bit we do helps. The changes you individually notice may be small, maybe just a little more space in the fridge and a little less dining out, but the combined impact of people doing stuff like this will be dramatic. All these issues mentioned, all the problems we’ve looked at, all of them can be helped made better by each of us; just doing simple things, making small decisions, changing the way we live a little bit, and eating that leftover meal from the other night. 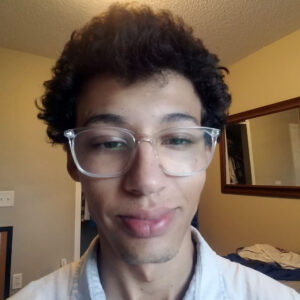 Join our email list to learn more tips, tricks, and about updates on our Green Actioneers family!